What happens when a world famous magician is sued over alleged injuries during a performance?  Well, the world gets to learn the inner workings of the effect. After a protracted debate, the judge ruled the secret could be revealed….

A negligence lawsuit against David Copperfield is taking the mystery out of one of the Emmy-winning magician’s more famous routines.

In a Las Vegas, Nevada, courtroom on Tuesday, the 61-year-old’s executive producer Chris Kenner walked jurors through a trick performed during Copperfield’s 2013 MGM Grand Hotel show that a British man claims left him with both body and brain injuries, reported the Associated Press.

The man, Gavin Cox, was among the audience members asked to participate in the illusion — called “Lucky #13”  — on Nov. 12, 2013, according to the Las Vegas Review-Journal.

During the illusion, Copperfield seemed to make the participants disappear from the stage and reappear at the back of the audience, the Review-Journal said.  Read more.. 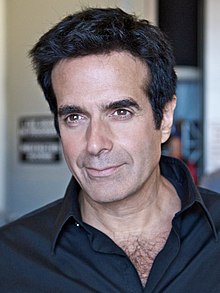