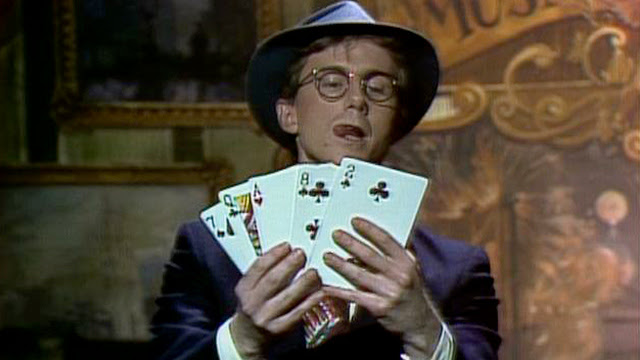 Harry Anderson, the actor, comedian and magician known for playing Judge Harry Stone on ‘Night Court’ and Harry the Hat on ‘Cheers,’ has died at 65.
Harry Anderson, the actor, comedian and magician best known for playing Judge Harry Stone on the sitcom Night Court, died Monday at his home in Asheville, North Carolina. He was 65.
“This morning at 6:41 a.m. the Asheville Police Department responded to the home of actor Harry Anderson where he was found deceased,” the Asheville Police Department confirmed told the Hollywood Reporter. “No foul play is suspected.”
Anderson started his career as a magician before turning to comedy and, eventually, acting. “I started in magic and then I got out on the street and realized I can make more money on the street hustling with the shell game,” Anderson told Johnny Carson in 1988. “So I hustled until I got my jaw broken and then I sat around with my mouth wired shut for six weeks and figured out maybe linking rings were safer. And went back to the magic, and on the street, comedy was a great tool.”   Read more.
Comments are closed.