Prepare yourself for a new tv show on the Science Channel featuring the great nephew of Harry Houdini.. Here’s the details…
PHOENIX — Growing up, George Hardeen never thought too much about being related to arguably the most famous magician of all time, whose 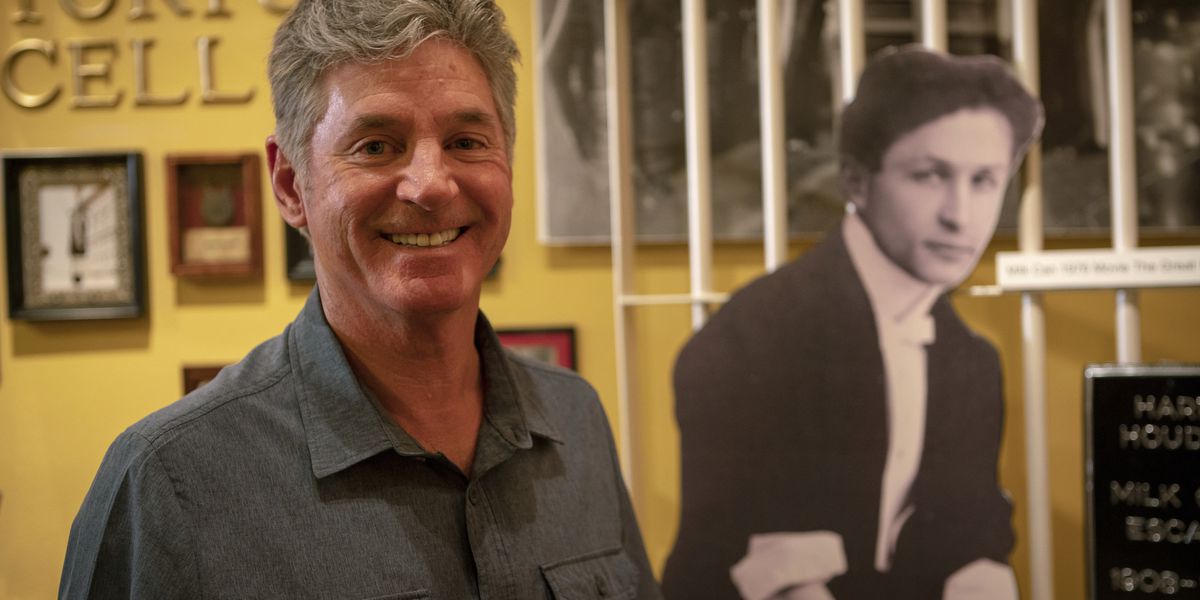 name is synonymous with great escape.
But at 66, the Arizona man is delving into the history of his great-uncle Harry Houdini in a journey at the heart of a new series on the Science Channel.
“We spoke to many collectors and historians. These guys live Houdini all the time,” Hardeen said. “They know more about Houdini than I will ever be able to.”
“Houdini’s Last Secrets,” which begins airing Jan. 6, follows Hardeen as he and escape artist Lee Terbosic explore the engineering behind some of Houdini’s most legendary feats.
The Hungarian-born illusionist, who came to the U.S. as a child, generated headlines in the early 1900s for escaping from handcuffs, straitjackets and even a milk can.
Each of the four episodes focuses on a different stunt, including being buried alive and the water torture cell, in which Houdini was lowered upside down into a water tank with his feet locked in stocks. A stunt builder constructs the props, and Terbosic re-enacts the stunts.
“No one knows how Houdini did the tricks. So, we pondered it and came up with our own methodology so that Lee could perform the trick,” Hardeen said.    Read More…
Comments are closed.