CARSON CITY – A bill to ban involuntary microchipping of people, unanimously passed earlier this month by the Assembly, ran into a skeptical 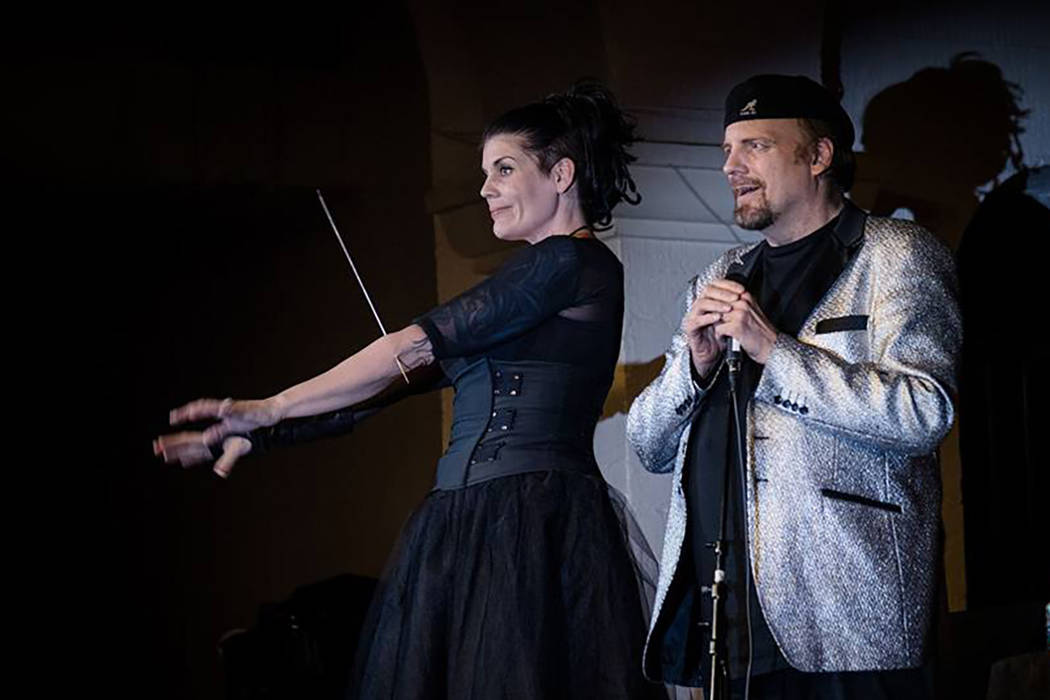 Senate committee Friday where members raised concerns that its prohibitions were too broad.

But stealing the show was opposition testimony from a Las Vegas magician with 21 such implants who uses them to open locked doors, speak text from her phone, even call her husband on command.

“It’s not as sinister as you’re making it out to seem,” Anastasia Synn told the Senate Judiciary committee.

Assembly Bill 226 passed the Assembly with changes to clarify that the proposed ban would apply only to devices that can transmit a signal, not to implants for decorating or expressive purposes. Medical devices that transmit health information or status, such as advanced pacemakers, also would be exempt, as would items such as hip implants.

The chips are typically the size of a grain of rice. They can be implanted under the skin and used, for example, to open locked doors or make purchases with a handwave. They can also store health or emergency contact data, such as those implanted in pets. Five states – Wisconsin, California, Missouri, North Dakota and Oklahoma – currently ban mandatory implantation in people.

Sponsoring Assemblyman Skip Daly, D-Sparks, told the committee the bill was intended to set a baseline prohibition for such devices that future Legislatures could modify, vetting exemptions as they are proposed to lawmakers. He said it aimed at seemingly voluntary practices where someone might be offered a health insurance discount for consenting to have an implant, or where a casino might require one for an employee who handles cash.

“Yeah, it’s voluntary, but you’re going to get something for it,” he said.

“We don’t know how far these types of technologies can go,” said the ACLU’s Holly Wellborn. “We have enough intrusion in our private lives from the data that’s collected.”

But committee members had doubts about the bill’s ban on transmitting devices that a person could opt to implant without any coercion or incentive. They also questioned whether Daly had consulted with manufacturers of medical devices such as cochlear implants for the hearing impaired. Daly said he hadn’t, but would.

Synn, the Las Vegas magician, said the capabilities of microchips, which she uses in her performance as well as day-to-day life, were misunderstood. They transmit only a very short distance. If tracking one were possible, she said, “you would know where your lost cats and dogs are.”

She demonstrated how one of her implants could be programmed to speak text from her phone and described how an artist had used implants to recite poetry when touched. Her testimony captivated committee members; Sen. Melanie Scheible, D-Las Vegas, asked in half-jest where Synn performed and whether she could bring her show to Carson City.

Elisa Cafferata, representing the Nevada Technology Association, told the committee implants are commonplace in Europe where people get them to open doors or pay for items without having to carry keys or a wallet.

“While many of us probably can’t imagine doing this, it’s actually quite common around the globe,” she said.

But Daly, wrapping up testimony, was not swayed.  “We don’t know where this is going,” he said. “If it’s tech, it can be hacked.”