A montage of Shin Lim’s winning season on NBC’s “America’s Got Talent” might reel off in a series of stunned faces, dropped 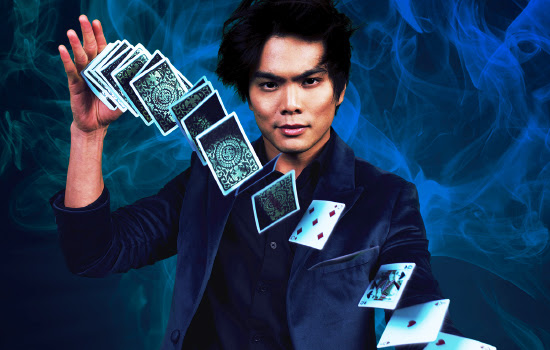 Olivia Munn’s mouth agape as Lim appears to turn one playing card into three, two, then none. Spice Girl Mel B pounding a table with childlike glee: “No, no, no, no!” Simon Cowell muttering: “Bloody hell, Shin. That was spooky.”

The montage would end with Lim, a Waltham resident at the time, being awarded the $1 million grand prize as gold confetti is raining down, the runners-up are hoisting him into the air, and host Tyra Banks is screaming over the cheers, “Shin Lim! The sexiest magician on the planet!”

But where that 2018 montage ends, Lim’s career begins.

The Acton-Boxborough High School graduate has gone on to perform a run with “The Illusionists” on Broadway, landed a Las Vegas residency at the Mirage hotel and casino in Las Vegas, married his sweetheart, Casey Thomas, in Hawaii, and returned to compete on the first-ever international “America’s Got Talent: The Champions” against a field of 50 past winners and fan faves, from Scotland to South Africa.

He won that, too.

Now on his own national tour, “LIMitless,“ Lim, 28, performs on “The Today Show” Tuesday before heading to Medford for a sold-out show Wednesday at the Chevalier Theatre.

We recently talked tricks with the mind-blower, now based in Los Angeles.  READ MORE

By Lauren Daley for the Boston Globe…